So I opened my Bible in my usual way when wanting firm quick direction from the Lord.. I simply placed my thumb where directed on the closed pages and opened it. ☺️🙏☺️

41  Can you draw out Leviathan with a hook,
restrain his tongue with a rope?
2 Can you put a cord through his nose,
pierce his jaw with a barb?
3 Will he beg you at length
or speak gentle words to you?
4 Will he make a pact with you
so that you will take him as a permanent slave?
5 Can you play with him like a bird,
put a leash on him for your girls?
6 Will merchants sell him;
will they divide him among traders?
7 Can you fill his hide with darts,
his head with a fishing spear?
8 Should you lay your hand on him,
you would never remember the battle.
9 Such hopes would be delusional;
surely the sight of him makes one stumble.
10 Nobody is fierce enough to rouse him;
who then can stand before me?
11 Who opposes me that I must repay?
Everything under heaven is mine.
12 I’m not awed by his limbs,
his strength, and impressive form.
13 Who can remove his outer garment;
who can come with a bridle for him?
14 Who can open the doors of his mouth,
surrounded by frightening teeth?
15 His matching scales are his pride,
closely locked and sealed.
16         One touches another;
even air can’t come between them.
17 Each clings to its pair;
joined, they can’t be separated.
18 His sneezes emit flashes of light;
his eyes are like dawn’s rays.
19 Shafts of fire shoot from his mouth;
like fiery sparks they fly out.
20 Smoke pours from his nostrils
like a boiling pot over reeds.
21 His breath lights coals;
a flame shoots from his mouth.
22 Power resides in his neck;
violence dances before him.
23 The folds of his flesh stick together;
on him they are tough and unyielding.
24 His heart is solid like a rock,
hard like a lower millstone.
25 The divine beings dread his rising;
they withdraw before his thrashing.
26 The sword that touches him won’t prevail;
neither will the dart, spear, nor javelin.
27 He treats iron as straw,
bronze as rotten wood.
28 Arrows can’t make him flee;
slingstones he turns to straw.
29 He treats a club like straw;
he laughs at the lance’s rattle.
30 His abdomen is like jagged pottery shards;
its sharp edges leave a trail in the mud.
31 He causes the depths to churn like a boiling pot,
stirs up the sea like a pot of scented oils,
32         leaves a bright wake behind him;
the frothy deep seems white-haired.
33 None on earth can compare to him;
he is made to be without fear.
34 He looks on all the proud;
he is king over all proud beasts.

God is in charge.. if He’s decided something that’s simply how it will be. If He’s put something on your heart to accomplish for Him (a calling) then He will see it through. If His Word says it is to be a certain way then that is how it will be.

Step back from worry.. get in His Word #readyourBibleforunderstanding

In our Bibles are instructions for daily living.. start with the New Testament .. don’t allow others to tell you it doesn’t apply to today… God’s Word is for always.. He said to not change it.. that also means to not decide we don’t have to follow it.. but I degress..

Yes, get saved, ask Jesus to be your Lord and Savior….

Then ‘study His Word and apply it to your life to make yourself acceptable to Him’… Like wanting to please our earthly parents, we should also want to please our Heavenly Father!! So, do what He is asking.. this brings blessings..

But could you use greater blessings and His full approval?

Try one additional act of obedience to His Word at a time.. maybe add one a month.. take it slow and watch how it changes your relationship with Him!! 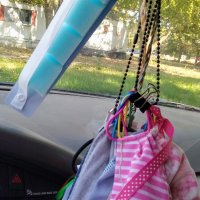 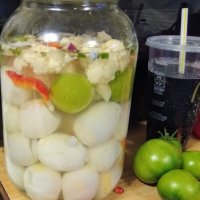